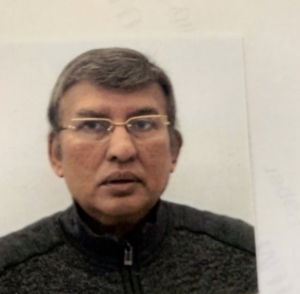 Memories of An Education in Music

I was born and raised in Old Dhaka, Syed Hasan Ali Road, named after my father. Across our study room lived Ustad Gul-Muhammad Khan. We could see and hear their practice of Indian classical music. He was accompanied by his son Ustad Yasin Khan, and their grandson used to play tabla. Ustad Gul-Muhammad Khan regularly used to perform in Radio East Pakistan. Once a month he used to invite the neighbors to have kachi biryiani and kawali. Naturally, I developed a taste for Indian classical music and kawali.

I was more interested in drama when I was a sixth grader. I performed the role of Kanai in Sarat Chandara, a famous drama Nishkriti in front of a large audience in our school playground open stage. Later I was a member of Old Dhaka Drama Club and used to perform regularly. When I was a high school student our neighbor Ajmul Huda Mithu and his brother Saiful Islam used to invite all the artists to perform and I was a good listener. Among those artists Muhammad Ali Sidiki, Mahmuddin Nabi, Abdul Jabar, Mehdi Hasan. They used to regularly perform.

When I was in medical college, I used to participate in the main role of all the dramas and choruses, singing regularly. Then I came to the U.S. Life was pretty hectic with surgical residency and fellowship, so my interests in the performing arts fell by the wayside. Eventually, once I was established in my medical practice, I was able to resume those interests. One day, in 1984, I got a call from my childhood friend Kadiri Kibria. He was placed under house arrest in Texas where he was living at the time until some money he owed was paid. I bailed him and brought him to my house. He brought an old harmonium gifted to him by Dabbrota Biswas. He used to play that harmonium and sing. One day he was playing the harmonium and I started singing. He said, “Dosto, you got a good voice. Why don’t you learn music?” So, he started teaching me Tagore songs. He expressed that he wanted to stay in the U.S. because of his children’s future and if I could help him. I tried to persuade him to go back to Bangladesh but it was in vain. So, I told him, “Go back to Bangladesh and bring your family.” He brought his family and lived with us for three months. He introduced me with Niaz Muhammad Choudhury. Niaz Bhai came to our house and performed. So, he decided to stay here. I sent him back and he brought his family. I was taking lessons from him. He stayed with us for three months. Before he left, he told me, “Shawkat Bhai, I don’t give my students a lot, but whatever I knew I’ve written down in your notebook.”

I found out about Akram Bhai through my cousin from Ann Arbor, invited Akram Bhai to our house. When Akram Bhai was playing, Niaz Bhai was there and he was listening to him very attentively. He made a comment, “That’s a very soothing voice and performance.”

One day I got a call from Samira Abassi that Pandit Ojay Chakraborti is here and could I arrange a concert for him. So they came and performed Indian classical music.  I was the president for seven years of undivided Bangladesh Association of Michigan. Every quarterly we used to have function and invited guest artists from Ajoy Da I came to know about Sangeet Research Academy in Calcutta. Indian Tobacco Company donated a large area to SRA. I was asked if I could be a sponsor of their artist. I agreed. I sponsored them for ten years until Ramesh Misra the famous Sarangi player decided to stay in New York. This concert belonged to two sets of vocalists and was accompanied by one instrumental music. I want to thank God that this house is blessed with many footsteps of those famous artists.

Then we formed BCAM Bangladesh Cultural Alliance of the Midwest consisting of Michigan, Illinois, Indiana, Ohio, and Missouri. I was then president and I had to host two-day convention. All the states performed. Michigan was led by Akram Bhai. All the artists from Bangladesh was led by Azad Rahman. They were Sabina Yasmin,

Hospital paid the rest. The revenue collected was used to establish the People’s Clinic for the noninsured patients. Many Bangladeshis from Hamtramck took advantage of that and I used to perform free surgery. All these artists stayed in our house and blessed our house.

One day Amjad Rahman, brother of Ajad Rahman, came to our house with one of my friends. He expressed interest in teaching me. I found out that he had his master’s degree in Indian classical music from Barudi University in Delhi. He also said that he wanted to pursue a career in IT. Dr. Gangully was the dean of Mercy College and I got him admitted through him in a bachelors and masters in IT. I was in charge for many years of the family night of the Bangladesh Medical Association of North America. I used to take Amjad and two tabla players to give hands to all the amateur performers. And I used to perform.

I remember one day Ajayda was performing. Khuki used to cook kachi biryani for 150 people and the artists usually used to eat after the performance so she saved a dish of biryani in the closet for the artists. Somehow the audience got into it and finished it. That was not a problem but there was so much wastage in the garbage and there was no food left for the artist. Khuki woke up early in the morning and marinated meat for the biryani and so when the artists got up the biryani was ready for them.

The artists used to practice in the evening before dinner. While practicing they used to talk about all the different memories. I used to listen to them and that was mesmerizing. If anybody asks me who was your music teacher I have to mention principally Akram Hossain from whom I learned Tagore songs, Bengali modern songs, and Hindi songs. Moreover I learned how to pick up any song using notations. Akram Bhai established a school of Bangla music and I encouraged all of the Bengali people to support him and join his school. He’s a really good teacher. Bulbul Apa and myself were both inspirational to each other. I’m amazed with the patience and perseverance of Bulbul Apa and devotion toward the music teacher.

All these functions that we have arranged would not be possible without the help of Jaki and Polly. I’d like to thank them from the bottom of my heart.